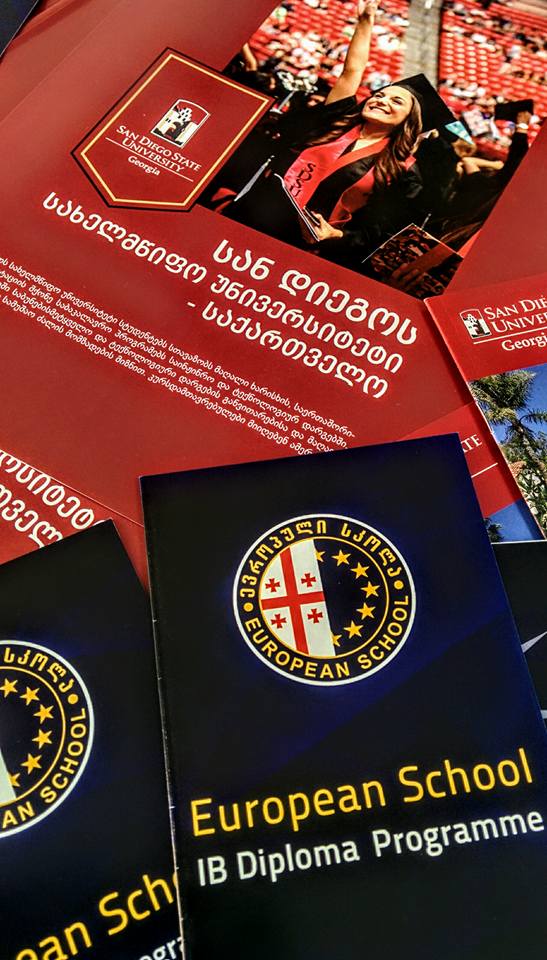 On March 31, at “European School”, the memorandum on mutual agreement was signed by the parties. In accordance with the Agreement of San Diego State (SDSU) in Georgia and Georgian Industrial Group (GIG), four-year full scholarship will be allocated by GIG for those graduates of European School who will be successfully enrolled at internationally accredited bachelor’s programs of San Diego State University.

“The Memorandum aims to bring the American Bachelor’s Programs within the reach of Georgian pupils. We are pleased that the private sector is interested in participating in formation of better future for new generation” – Mr. Walsh said.

On his turn Mr. Davit Bezhuashvili believes that the support of those talented students intending to gain the knowledge in fields of engineering and computer sciences is considered by Georgian Industrial Group as the social responsibility; in addition the Company believes that industrialization and economic achievements of the country cannot be reached without development of human capital.